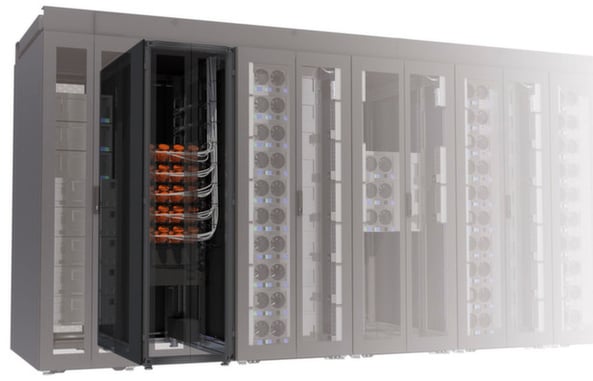 Today’s most innovative data centers are generally equipped with managed PDUs since their switching capabilities improve reliability. However, simply installing managed PDUs is not enough – an “unmanaged” managed PDU will actually reduce reliability.

So how do managed PDUs work? These advanced units offer a series of configurations which – if properly implemented – improve the availability of important services. The main features are Software Over Temperature Protection (SWOTP) and Software Over Current Protection (SWOCP), which are well described in the blog post “Considerations for a Highly Available Intelligent Rack PDU”.

It is also well-known, that managed PDUs can support commissioning or repairing workflows in data centers. The combination of well designed workflows and managed PDUs pushes the operational reliability to a higher level.

As described here or here, such clusters are managed by centralized software together with server hardware.

Over the last couple of years cluster solutions have been developed following strong and challenging availability goals, in order to avoid any situation, which make physical servers struggle within the cluster. However, there would still be the risk of applications and processes generating  faults and errors and screwing-up the complete cluster, unless there was an automated control process – the good news is: there is. 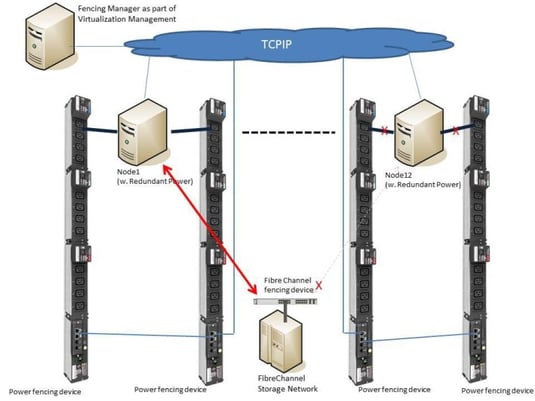 The process which controls those worst case scenarios is called fencing. Fencing automatically kicks out of the cluster any not working nodes or services in order to maintain the availability of the others.

Fencing has different levels, which are hopefully wisely managed. In a smooth scenario fencing will stop disturbing services, or re-organize storage access (Fibre channel switch fencing) to let the cluster proceed with its tasks.

The internal power fencing method uses IPMI and other service processer protocols, while the external power fencing uses any supported network protocol to switch of a PDU outlet.  It is recommended to use secured protocols only, such as SNMPv3. So managed PDUs as MPH2 or MPX do not only support a nice power balance, monitor power consumptions or support datacenter operations workflows – they also allow the fence software to react quickly for higher cluster reliability. So it’s not a secret that cluster solutions manufacturers – e.g. Red Hat with RHEL 6.7 and newer – openly support such managed rack PDUs.

END_OF_DOCUMENT_TOKEN_TO_BE_REPLACED

The Server Closet Must Die...

They are small, poorly managed, wasteful and high risk environments for a businesss IT systems and theyre lurking in a building near you. The server closet, its a danger to us all and it must be eradicated.

The server closet is a room set aside for IT gear, but not designed as a data center. Not even as a bad data center. They vary in size, but are generally between 100 SF and 2500 SF. The rooms usually have some extra AC assigned to them and maybe additional jury rigged power, but beyond that they are a large closet that IT gear has been force fit into. There are 10s of thousands of these server closets out in the wild.

END_OF_DOCUMENT_TOKEN_TO_BE_REPLACED 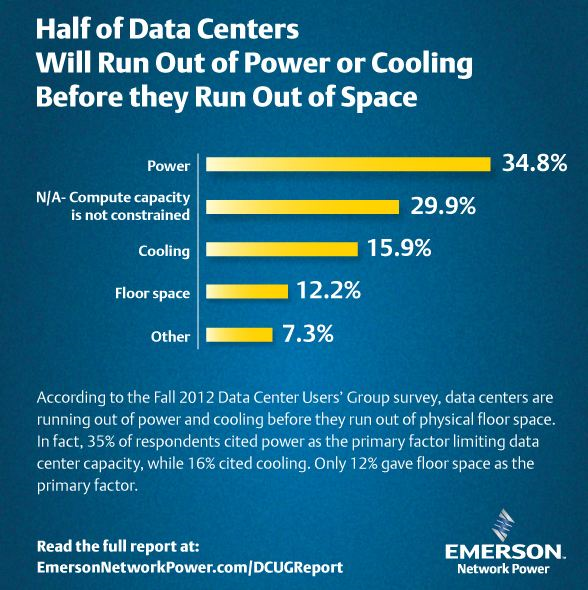 END_OF_DOCUMENT_TOKEN_TO_BE_REPLACED

Does DC Have a Chance in the Data Center?

As data centers take an ever larger bite of worldwide energy production, efficiency becomes an increasingly urgent topic. Much of the focus in recent years has been on areas like virtualization, improved cooling practices (like free cooling and bumping up the thermostat), consolidation of idle equipment and so onand rightly so. In the background, however, has been a growing discussion about a fundamental topic:alternating-current (AC) versus direct-current (DC) power. AC power won the day when electrical infrastructure was first being deployed, but could DC be poised for a return from the dead?

END_OF_DOCUMENT_TOKEN_TO_BE_REPLACED

The 2012 edition of NFPA 70E: Standard for Electrical Safety in the Workplace® became effective Aug. 31, 2011, and requires facility managers to take action in regards to safety-related work practices.