Shhh, Don't Say Anything And Maybe No One Will Know

EVault, a Seagate company, found in a 2011, 17 percent of IT decision-makers would rather have their teeth pulled without using painkillers than have to inform their bosses of a critical data loss.

Things in 2012 are not much better, the San Francisco-based cloud storage vendor found in its late-2012 survey of 650 IT decision-makers from companies ranging in size from 100 to over 3,000 employees in the U.S., the U.K, France, Germany and the Netherlands.

About 24 percent of respondents to the survey admitted to not telling their CEOs they are not backing up all files, especially those on mobile devices. About 38 percent admit they worry about their data not being saved securely or whether any work has been backed up at all.

They were right to worry. The IT decision-makers admitted that 53 percent of their companies had experienced data loss within the last 12 months, up significantly from the 31 percent that had that experience, according to the 2011 survey. 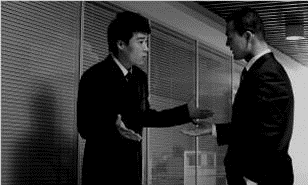 END_OF_DOCUMENT_TOKEN_TO_BE_REPLACED

The Green Grid Brings In New Metric For Equipment Use

The Green Grid has launched a new metric to help data center operators and organizations measure how electronic equipment is managed once it reaches end-of-current-use.
The Electronics Disposal Efficiency (EDE) metric is the first universal metric launched by The Green Grid to help end-users of information and communications technologies (ICT) measure their success in the responsible management of outdated equipment.

EDE is a simple metric that helps organizations calculate and measure their progress in improving equipment disposal processes over time, The Green Grid said.

The definition and monitoring of WEEE worldwide has evolved over the last decade, which has prompted The Green Grid to identify the need to combine the expertise of other organizations who define standards and requirements for e-waste management with its own members knowledge and understanding of the e-waste management challenges facing the ICT community.

The Green Grid said the result is the creation of a metric that quantifies how well a corporate consumer of ICT EEE responsibly manages e-waste.

The Green Grid isnt trying to redefine any domain-specific terminology in the WEEE arena, Kathrin Winkler, EMC representative and Board Member of The Green Grid, said.

END_OF_DOCUMENT_TOKEN_TO_BE_REPLACED

Posted by Richard Fichera from Forrester on February 7, 2013

Emerson Network Power today announced that it is entering into a significant partnership with IBM to both integrate Emersons new Trellis DCIM suite into IBMs ITSM products as well as to jointly sell Trellis to IBM customers. This partnership has the potential to reshape the DCIM market segment for several reasons:

The impact of this partnership will ripple through the industry, across both users, Emersons competitors and IBMs competitors:

My net takeaway is that this a major dislocation in the emerging DCIM segment and will trigger a wave of realignment among DCIM, systems and software vendors. The end beneficiaries will be potential DCIM users, who have just seen their ability to acquire and support such solutions multiplied by a large factor, and now available from a name that is very familiar to the IT stakeholders. Emerson gets a major leg up on its competitors, and IBM gets a powerful product offering that it can use to enhance its already strong position as an enterprise data center supplier.

END_OF_DOCUMENT_TOKEN_TO_BE_REPLACED

Can You Recover Lost Capacity In Your Data Center?

Data centers have evolved more quickly than the procedures being used to manage them.  The pace of change and inability to forecast future demand in your data center remain a challenge.  The challenge for data center managers now is to maintain or improve availability in increasingly dense computing environments while reducing costs and increasing efficiency. Take control of your data center's energy use.

Can you recover lost capacity in your data center?