Bristol, Pa. — March 1, 2019 — DVL Group, Inc., an employee owned data center solutions company, has acquired the Salt Lake City-based data center solutions company Technical Building Systems Company II, Inc. The acquisition was effective February 28, 2019, at which time DVL became a company of more than 110 associates, serving seven states. This is the company’s third acquisition in less than a year, as on June 30, 2018, DVL acquired both AC Systems and AC New Mexico, respectively located in the Denver metro area and Albuquerque, N.M. Prior to these first two acquisitions, DVL was a company of 85 associates, serving only the territory of Eastern and Central Pennsylvania, Southern New Jersey, and the state of Delaware. 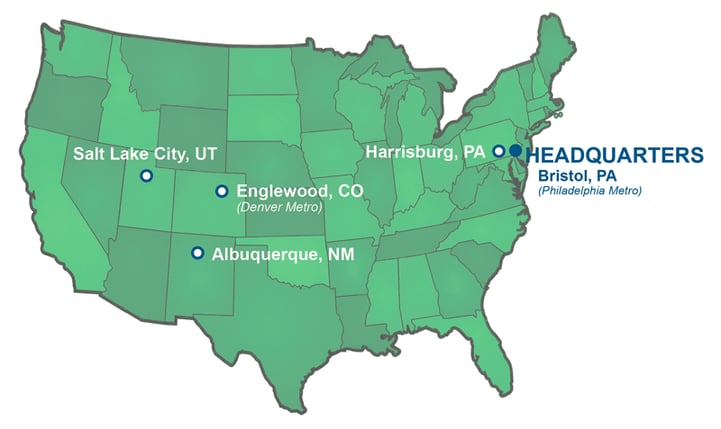 The acquisition of Technical Building Systems Company II, Inc. and the Utah territory is a continuation of DVL’s expansion in the region. With last summer’s successful acquisitions behind him, DVL’s CEO, Gary Hill, looks ahead to new opportunities in 2019 and beyond. He states that with the completion of this third acquisition “we will be better suited to serve our regional customers and locally expand our business into more critical space environments.” He also mentions future business that will come from Utah, remarking that the “presence of many technology companies make this an ideal market to do business.”

DVL Group is an employee owned company that has the talent, experience, and resources to provide efficient and reliable technology from the edge to the core of their clients’ network. DVL has more than 110 associates and has been perfecting the science of data center infrastructure implementation for more than 30 years. DVL is headquartered in the Philadelphia metro area, with offices in Albuquerque, N.M., Denver, Colo., Harrisburg, Pa., and Salt Lake City, Utah, serving a total of seven states. DVL is the official local representative of Vertiv™, offering Liebert® products. In 2018, DVL was certified as a great workplace by independent analysts at the Great Place to Work® Institute and was named ESOP Company of the Year by the PA/DE Chapter of the ESOP Association, subsequently putting DVL in the running for the National ESOP Association's 2019 ESOP Company of the Year.